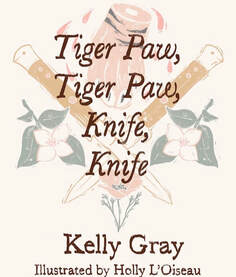 In Tiger Paw, Tiger Paw, Knife, Knife, Kelly Gray has given us a shuddering incantation against domestication. Humans and animals morph into kin, plum trees and lemon trees mark yards where acts of wrongdoing transform bodies in and out of themselves, dead wolves give lectures to perverts, a uterus bleeds bee. Each haunting story centers body and place, pivoting between short prose and poetry that defies genre, leading the reader on a visceral journey of emotion.

Gray’s wielding of imagery is electric; flora and fauna drip from every page but always at the center a human heart. These stories do not offer up neat endings or lead the reader to the other side of transformation, but rather explore the impetus for change, the grit of transmutation in the face of individual and systemic abuse. Tenderness and brutality swirl together as characters undergo births and rebirths, deaths and redeaths. Ultimately, Tiger Paw, Tiger Paw, Knife, Knife asks: Will you speak of your wounds and carry your knife? Gray answers:
​
“I undress facing the audience. Watch me howl.” 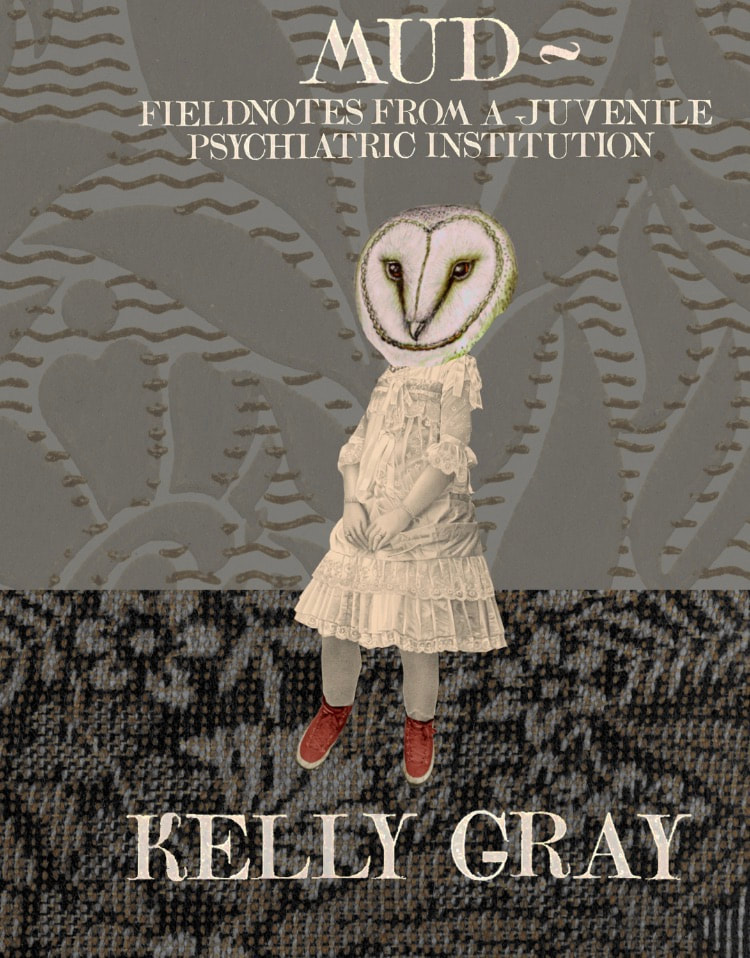 ​In MUD~ Field Notes from a Juvenile Psychiatric Institution, Kelly Gray paints a surreal landscape from the rooms of a psychiatric ward bound to outdated models of clinical psychology. Sexuality, gender, rage and compassion are oppressed and villainized. Children collide in fever dreams while looking for whispers of home. Our narrator, a teenage girl, is dragged through the institution to witness her humanity dissected and then, as an adult, looks backwards to find hope as she traces her scars.

“till she was put out
with lithium, sing:
fire fire fire, between her legs,
a rose so scarlet it bleeds
lips and tricks,
honey be gone
patient of a girl.”
~from On the Removal of Homosexuality (1973)
& Nymphomania (1980) but No One has the New Book

Both political and deeply intimate, MUD questions the role of institutional violence and refuge, while rooting us into a body unhinged by societal norms. Each poem mimics the world they come from; sometimes clinical, sometimes panting with fear, they are both earnest and self aware. Poems written as if incantations conjure imaginary dogs, sporks digging into throats, patients urinating on patients, and children force-fed medication that would later be found to cause suicidal ideations. Gray’s collection is seamlessly crafted to take your body and mind on a ride as true as any American dream; dark, moody and unapologetically horrifying.
ORDER from Bottlecap Press! 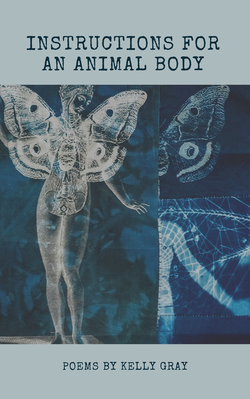 In Instructions for an Animal Body, Kelly Gray leads readers on a journey where body is both the death ground of grief and the birthplace of resilience. Using natural history to flip human constructs around predator and prey, violence and sensuality, Gray reimagines a lush modern mythology. From the work of vultures to weather systems between legs, these poems will transport you into a gritty world where boundaries between beasts and humans merge and the beautiful monster-within reigns supreme.
Available at Moon Tide Press.